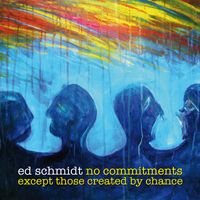 Another tailor, shuts down shop
and sits among his spools of thread.
And he dreams of, those better days
when he dressed those that got ahead.
Hears a band play, from the main square
where the politicians all grab for mikes.
And there’s no one left, in the theater tonight
heard the projector had died of fright.
The cub reporter, he follows orders
he learned to write, while he stands on guard.
But his words all finish up in bundles
out in the yard in Uncle Leroy’s shed.
Italian playboy, making strange noise
stands before an economy on her knees.
He knows she’s there, just to serve him,
a little sweet talk, will get him, what he needs
“It’s a job”, she says, and “I don’t care!”
as they roll amidst the bull and bear
and somewhere lost among the Roman ruins,
lies the princess with the golden hair.
Shared silence, is forever golden,
he leaves the money by the big brass bed.
And it’s all true! I saw photos!
Out in a bundle in Uncle Leroy’s shed.
And the police all stumble over motives,
feeling wheezy at the gory scene.
Stare down at the slaughtered remains
of the Library and young men’s dreams.
Beneath a blood-filled red sky
sits a palace in disguise.
Where dark knights stand like sentinals
forbidding entrance to the curious man.
Tommy Golddigger had fourteen bosses
when he started giving orders, they cut off his head.
Lived his life in black just to cover up the losses,
read this and more in Uncle Leroy’s shed